AIMEE is a model created for use in a video game. As I wanted to explore making a 3D combat engine, I decided to create a model I would enjoy working with.

With Aimee I had several goals in mind:
– To learn suitable topology for a smoother deformation,
– To create a fully rigged 3D model for use in a video game,
– To begin to explore 3D animation,
– To learn the pipeline for importing models and animations into Unreal Engine 4.

Aimee is the first human-like model I created with the intention of using them in a video game setting. For this reason I wanted to focus on giving her a more suitable topology for smoother deformations, and I wanted to give her enough flexibility to cover a wide range of movements without going overboard on the joints. 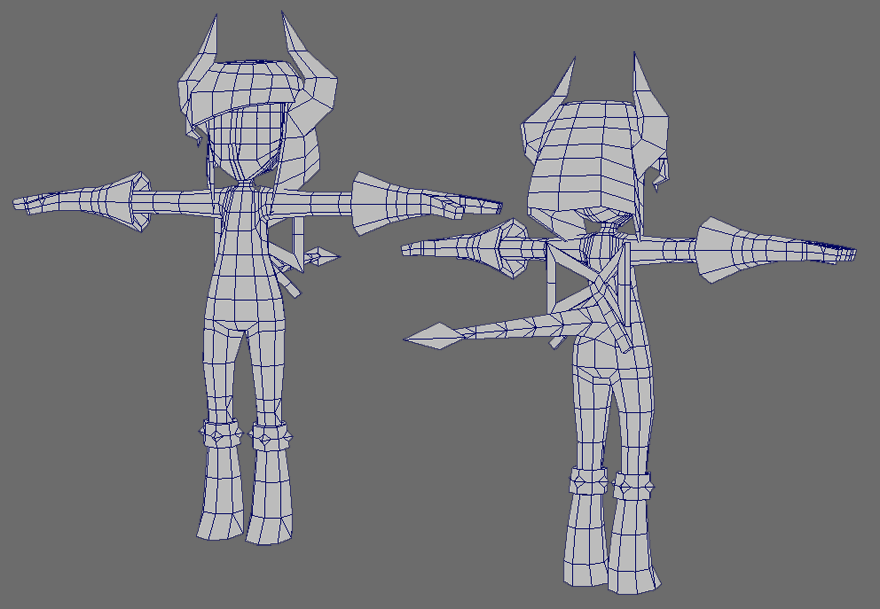 The model itself is composed of 2474 tris to keep the model low on polygons without restricting movement. Deformation topology is included in places like the knees, elbows, finger and tail joints.
I wanted to keep the model simple so the face is comprised of a flat plane placed over the face area of the head. This allows me to use alternate or animated textures instead of adding a complicated facial rig.

From here, all that was left to built the skeleton and control rig. Aimee was rigged with 47 joints and has IK arms and legs, a spline IK for the spine and an FK tail. 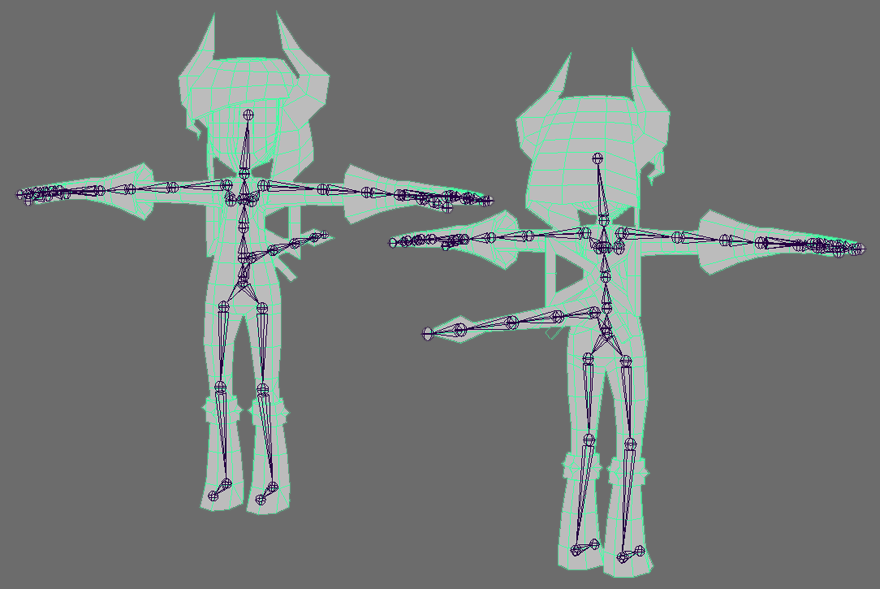 In the interest discarding unnecessary joints, the hands are rigged with thumb, index and mitten joints, allowing for expressive hand movements without requiring joints for each individual finger.
The hands themselves have a variety of Drive Keys attached to the wrist control shapes for quicker and easier animation of the fingers.

I wanted the tail to be more than just a dynamic chain that followed the movement of the hips so I instead used an FK joint chain to allow for curling motions in all axes. This is a simple solution and could be improved upon to allow for more precise control at each joint in the chain, but for this character the solution is effective.